KARNAK TEMPLE COMPLEX OF ANCIENT EGYPT AND IT FAMOUS AREAS

Karnak is an ancient Egyptian temple precinct located on the east bank of the Nile River in Thebes (modern-day Luxor). It covers more than 100 hectares, an area larger than some ancient cities.

The central sector of the site, which takes up the largest amount of space, is dedicated to Amun-Ra, a male god associated with Thebes. The area immediately around his main sanctuary was known in antiquity as “Ipet-Sun” which means “the most select of places.”

Construction at Karnak started by 4,000 years ago and continued up until the time the Romans took control of Egypt, about 2,000 years ago. Each Egyptian ruler who worked at Karnak left his or her own architectural mark. The UCLA Digital Karnak project has reconstructed and modeled these changes online. Their model shows a bewildering array of temples, chapels, gateway shaped “pylons,” among many other buildings, that were gradually built, torn down and modified over more than 2,000 years.

Karnak would have made a great impression on ancient visitors, to say the least. “The pylons and great enclosure walls were painted white with the reliefs and inscriptions picked out in brilliant jewel-like colours, adding to their magnificence,” writes Egyptologist Heather Blyth in her book “Karnak: Evolution of a Temple” (Routledge, 2006).

“Behind the high walls, glimpses of gold-topped obelisks which pierced the blue sky, shrines, smaller temples, columns and statues, worked with gold, electrum and precious stones such as lapis lazuli must have shimmered in the dusty golden heat.”

Blyth notes that the earliest certain evidence of construction at Karnak dates to the reign of Wah-Ankh Intef II, an Egyptian ruler who lived more than 4,000 years ago. An “eight-sided” sandstone column of his bears the name of Amun-Ra and says “he [the king] made it as his monument for that god …”

This, “must surely imply a temple, or at the very least, a shrine dedicated to Amun at Karnak,” Blyth writes. The UCLA Digital reconstruction team starts their digital model in the reign of king Senwosret I (reign 1971-1926 B.C.) and shows a limestone temple, with a court in the middle, dedicated to Amun-Ra. It contains 12 pillars at front the bases of which “were adorned with engaged statues of the king in the pose of Osiris [god of the underworld],” the team writes. This reconstruction is somewhat hypothetical as little of the temple remains today.

Karnak would remain a modest precinct up until the New Kingdom, a time period that ran from roughly 1550 to 1070 B.C., when work accelerated with many of the greatest buildings being constructed.

Starting in the New Kingdom, and continuing in the centuries after, Egyptian rulers gradually created a series of 10 “pylons” at Karnak. Functioning as gateways of sorts, these pylons were connected to each other through a network of walls.

They were often decorated with scenes depicting the ruler who built them and many of them also had flag-staffs from which colorful banners would be flown.

At Karnak the pylons start near the main sanctuary and go in two directions.  One set of six pylons faces west towards the Nile River and ends in an entrance lined with an avenue of small sphinxes. Another set of four pylons faces south along a processional route used for ceremonies.

According to the UCLA Digital Karnak project the Wadjet Hall (whose name comes from the style of columns used) was first built by Thutmose I (reign 1504-1492 B.C.) near the main sanctuary, between the fourth and fifth pylons. It measures about 246 feet by 46 feet (75 meters by 14 meters) and was used for the king’s coronation and jubilee (heb-sed) festival.

The heb-sed festival generally took place 30 years after a king came to the throne and then every three years afterwards. “During the festival, the king ran around a heb-sed court performing feats of strength to demonstrate his ability to continue to rule Egypt,” writes researcher Pat Remler in her book “Egyptian Mythology, A to Z” (Chelsea House, 2010).

Hatshepsut was a female pharaoh of Egypt who reigned from roughly 1479 to 1458 B.C. At Karnak she renovated the main sanctuary at Karnak, creating in its place a “Palace of Ma’at.” She also created a chapel made of red quartzite to hold the god’s portable bark (boat).

When Hatshepsut’s successor, Thutmose III, came to the throne, he ordered the destruction of images of the female pharaoh and had her quartzite chapel destroyed and replaced with one of his own.

His legacy at Karnak was not all destructive as he ordered construction of the Ahkmenu, a pillared structure built on the east side of the central sanctuary. It contains a list of Egyptian kings going back to before the Great Pyramids were built.

He also created a “contra temple” adjacent to the Ahkmenu. “Known as the ‘chapel of the hearing ear,’ the shrine allowed the populace of Thebes to petition a statue of the king with Amun-Ra,” writes the Digital Karnak team. In addition the king built a “sacred lake” to the south of the main sanctuary.

Perhaps the most fantastic building at Karnak was the “Great Hypostyle Hall” built just to the west to the main sanctuary, along the main entranceway. Built by Seti (also called Sety) I, a king who ruled from 1290 to 1279 B.C., it covers an area “large enough to accommodate the whole of Paris’ Notre Dame Cathedral” writes the University of Memphis Great Hypostyle Hall Project team on their website.

On the outside walls are scenes showing Seti and his successor, Ramesses II, smiting enemies from Libya, Syria and the Levant. Shortly after it was constructed, the hall likely became the setting for coronation and heb-sed ceremonies, replacing the Wadjet hall in this function.

Built by Ramesses III, a king who reigned from 1186 to 1155 B.C., the temple is about 230 feet (70 meters) by 88 feet (27 meters). The columns in its hall measure about 23 feet (7 meters) tall. “The temple contained not only a suite of rooms for the housing of the statue of the god, but also a separate bark (boat) chamber,” writes the digital Karnak team.

Construction continued at Karnak periodically after the end of the New Kingdom. King Taharqa, who reigned around 2,700 years ago, was part of a dynasty of rulers from Nubia (modern-day Sudan) who came to control much of Egypt. He was interested in Karnak’s “sacred lake” and built the “edifice of the lake” beside it, a partly underground monument.

Today it’s badly damaged although mysterious, “this is a puzzling and enigmatic monument that has no parallels” writes Blyth. “It was “dedicated to Re-Horakhte [a combination of two sky gods], which would explain the open solar court above ground, while the subterranean rooms symbolised the sun’s nocturnal passage through the underworld.” Among its features was a “nilometer” a structure used to measure the water level of the Nile that. In this case, the meter would have had a symbolic use.

Nectanebo I and the end

The last major building program at Karnak was carried out by Nectanebo I, a king of the 30th, and final, dynasty of ancient Egypt. He reigned between 380 and 362 B.C. After his dynasty ended, Egypt would be ruled by people descended from Persia, Greece or Rome.

Nectanebo built a large enclosure wall around the site along with an additional temple. He also began construction of a new pylon at Karnak at the western entrance (although he wasn’t able to finish it).

The rulers of foreign descent who took control of Egypt continued work at Karnak to some degree. Ptolemy IV (reign 221-205 B.C.) would create a series of ritual catacombs dedicated to Osiris, god of the underworld.

“The building functioned as a ‘hypogeum,’ an underground burial place. Many of these are known from ancient Egypt, although typically these spaces contained burials for sacred animals. The Karnak example instead served for the burial of small statuettes of Osiris,” writes the digital Karnak team.

After Egypt fell under the control of Rome in 30 B.C., work at Karnak petered out, the great monument becoming the magnificent archaeological site it is today. 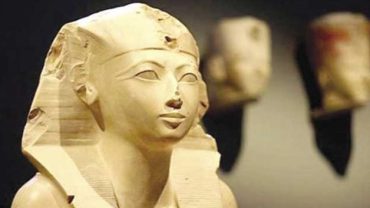 THE QUEEN | WHO WOULD BE KING AND HER REAL STORY

Editor’s Note: This article was adapted from its original form and updated to include new information for Smithsonian’s Mysteries of the Ancient … 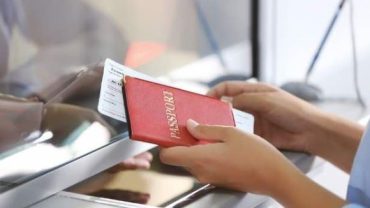 5 WAYS TO GET EGYPTIAN VISA AND VISA REQUIREMENTS